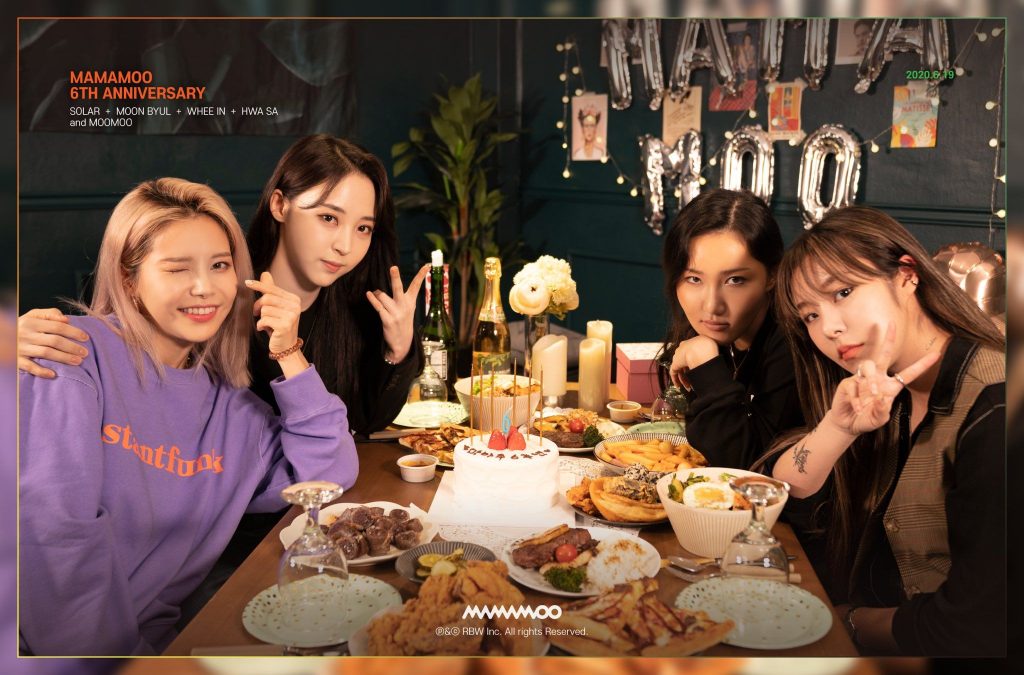 Already 6 years since they officially debuted. I discovered them in 2014, during the pre-debut phase and I was hooked right away. You can’t fake or buy talent. RBW, their agency, was incredibly smart in the way they managed them and used their connection to find them interesting stages right at the start. Their voices and personality did the rest.

Don’t Be Happy is still the best pre-debut MV / track ever.

Live, they are incredible and proved it so many times in the show Immortal Songs 2. My fav perf. is Backwoods. The FEELS. And it was not even one year after their debut! On the flashy side, you have this crazy cover. Try to sing and move like that…

You can find all sorts of subbed content about Mamamoo in this godlike GSheet.